How the Bubble Shooter Game Came into Existence

Bubble shooters are the best way to kill time in the most lucrative fashion and stand out as a few of the most amazing games people play that positively affect the brain, making it exercise more than usual. It has been noticed that many people not involved in playing games got pulled into the virtual world during the breakout of COVID and puzzle games emerged as one of the favorite ones among the lot. 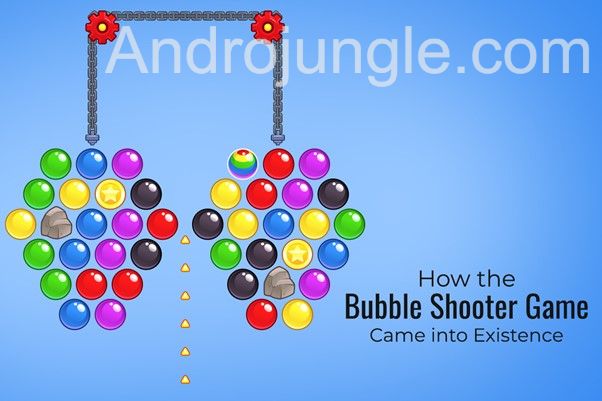 To get the app for your phone, you have to go to an official website and download bubble shooter game on your device, and you’re all set to enjoy the fun. It is an exciting, non-stressing way to kill time and has been proven to soothe players in a relaxed fashion. Let’s check out some facts about the game’s history and how it came into existence and evolved to become the game we play today.

Japan made its first foray into bubble shooter games, and the company that took the initiative was the Taito corporation. This company had previously made a lot of arcade video games and researched heavily into creating simple games that contained a story yet were very playable and worth the time of the players that spent their valuable hours on it. The first game that was released in Japan by Taito was titled Puzzle Bobble, and it was in the year 1994.

Western countries soon became interested in this newly introduced game, grabbed the interest of the masses, and a variant known as Bust-A-Move came out, making the game even more widespread in English-speaking nations.

Bust-a-Move was played against other players where the opponent tried to capture the rival players and remove them from the game. In bust-a-move, all you had to do was shoot bubbles in the right direction so that the opponent was trapped inside the bubble. Once in that bubble, they had to forfeit as it was deemed as an elimination procedure. This game became popular, and many faithful arcade players became attracted to it and started to play it in huge numbers.

After the game’s initial release, gamers were having a gala time bursting bubbles and making combos in the game. It was an incredible phenomenon, but somewhere it lacked something, so they included a two-player system where both players could join in on the fun, and it became a double trouble thing. This competition gave the idea that you had to compete against one another, and the winner was decided based on players having to pop the maximum bubbles within a short time.

It was no longer a one-on-one game but more like a race to the clock where the main enemy was time. The faster you could make your combos, the quicker you could climb up the high score ladder or beat your slower opponent.

1995 marked a significant growth in this bubble game as many competitors came in to make clones of these shooter games to profit from the success. Many versions of the arcade game began to be released where the name bubble became a forever constant to keep the link to the original game stable. Slowly the name began to change, and eventually, the bubble shooter name was adopted by the main developers of the game, who solely wanted to make the game better and market it as their only product.

A company named Absolutist designed the first ‘bubble shooter’ for Android and iOS devices so that it could be easily played across all devices by many players who earlier did not have access to it because of their limited availability.

An Israeli-based company, Ilyon Dynamics, acquired the rights from Absolutist and started a new project to better the existing game. The team gathered many enthusiasts that were major fans of the original 90s version and began constructing a game from scratch that would have all the original game’s features and evolve it into something better and suitable for the newer generation of the audience. They made the game into something that would be easily playable on social platforms like Skillz and Facebook. to reach out to more diverse players worldwide.

The major step taken by this Israeli game company prompted other gaming houses to better their versions, and an era of bubble shooters dawned on the internet. Due to the widespread use of these apps, every developer now introduced some unique aspect into the game to improve it and make their shooter game special.

The modern bubble shooters have challenges and many levels that players must beat to escalate their high scores. Players have access to special bubbles and power-ups that can change the game at any moment and give them a powerful push forward if they lean towards a loss. The old Taito corporation even introduced their version amidst all this and added more features to compete with the present market.

Bubbles shooters are games that various people like for multiple reasons, and there is not one particular attribute you can place your finger on. The game has been made with good intelligence, and over time it has been nourished with more features to evolve into one of the finest games you can play on your smart devices. If these new game companies did not invade and evolved the original arcade, people would never have been able to enjoy this new shooter game as much as they do now.